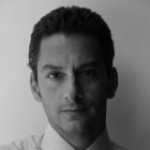 Dr Rodogno was a Research Fellow at the London School of Economics (2002-2004), Foreign Associate Researcher at the Institut d’Histoire du Temps Présent in Paris (2004-2005), Academic Fellow – Research Council United Kingdom Academic Fellow – at the School of History, University of St Andrews (2005-2010), and SNSF – Research Professor (2008-2011). Associate professor (2011-2014) and full professor since 2014 at the Graduate Institute, he serves as head of the International History Department (2014-2017). His doctoral thesis was published in English as Fascism’s European Empire (Cambridge University Press, 2006). Grantee of the Rockefeller Archives Centre in 2011, he currently is grantee of the SNSF ‘Sinergia’ programme on a project entitled Patterns of Transnational Regulations. He researches the history of philanthropic foundations, transnational public health experts and the World Health Organization’s development programs during the Cold War. In 2011 he published Against Massacre: Humanitarian Interventions in the Ottoman Empire (1815-1914), the Birth of a Concept and International Practice (Princeton University Press).During the summer of 2012 the Kofi Annan Foundation mandated Rodogno to write a report documenting the experience of the United Nations and League of Arab States Joint Special Envoy for Syria. More recently, Rodogno co-edited and authored a volume on Humanitarian Photography and another on Transnational Networks of Experts. He currently works on a third monograph tentatively entitled : From Relief to Rehabilitation : Humanitarian Organizations’ Actions on Behalf of Civilian Populations in the Aftermath of the First World War. He started an e-publishing project on the history of International Organizations and Development programs (1900s-1970s).